How frustrating it is to engage in a Facebook ad campaign and then the results are disappointing. If this has happened to you then these 8 Facebook ad mistakes could be the problem. Before loosing more of your ad budget, look this article over and make changes. In this article, you’ll discover common errors made with Facebook ads and how to resolve them. The information is from professional Facebook advertising pros.

Ever had a Facebook ad that delivered amazing results for a few days, only to stop working soon after? Or created an ad that worked well without having any idea how to repeat that success?

You usually encounter these types of issues when you bundle information in the creation process.

To visualize this, in the early stages of ads testing, many marketers who want to run Facebook ads to new audiences spend time researching relevant interests they can use to target. Then they run a set of ads with all of those interests in the same ad set.

Using interests is a great way to find new audiences, but this approach makes it impossible to discover which specific interest was most effective or to find additional interests similar to the interest that brought in the sale. And that makes the ad impossible to scale.

Then create multiple ad sets and target each one to a single group of interests. This way you’ll know which audiences are best, how large each audience is, and how to find other interests to test.

Azriel Ratz has perfected a strategy to find ideal audiences and create the most relevant Facebook ads for businesses.

#2: Running Too Many Facebook Ads With Too Little Budget

The one mistake I see more than any other are overly complex Facebook ad accounts: too many campaigns, too many ad sets, and too many ads. This leads to confusion, a lack of efficiency, high costs, and in the end, poor results. To illustrate, here are the 30-day stats from an ad account I recently audited:

This Facebook ads account was being managed by one person who was doing a good job but couldn’t scale past a thousand dollars a day. How could one person possibly keep track of everything going on in 103 ad sets, let alone 653 ads?

If you have overly complex ad accounts, here’s how to get them back on the right track:

Consolidate audiences into ad sets with larger budgets. This allows you to feed Facebook more data, get to the desired CPA quicker, and then scale up more rapidly. Combine the 1% lookalike of all buyers 365 audience and the lookalike of people who landed on your sales page in the last 30 days into one ad set in one combined audience—a super lookalike of sorts. In the same way, place all your digital marketing people, small business owners, and Facebook page Admin audiences into one combined ad set.

Pro Tip: Be sure to use Facebook’s split testing tool for true A/B testing and Campaign Budget Optimization to figure out which ads and audiences work best.

Facebook needs at least 50–100 conversions per ad set per week to fully leverage the algorithm, so your ad sets need a reasonable budget for the Facebook delivery system to power your ads. For a $5 lead, set your ad set budget at $35–$50/day (at a minimum). If you’re using Campaign Budget Optimization with 3 ad sets, set your campaign budget at around $100–$150/day.

Ralph Burns is the founder and CEO of Tier 11, a digital advertising agency that specializes in helping businesses scale through Facebook and Instagram advertising.

#3: Focusing on Cost per Lead Over Earnings per Lead

I see people making two major mistakes with Facebook advertising. The first is not testing the campaign elements organically before they roll out an advertising campaign. This covers everything from the microelement of an ad to the macro element of the sales process.

If an organic post on your Facebook page doesn’t generate any clicks, shares, or sales, amplifying the post with an ad isn’t likely to fix the problem. An ad will simply amplify what’s already broken with your messaging and your sales process.

You’re going to pay one of two ways to get the data you need to make decisions—data such as CTR, link click cost, conversion on the landing page, sales conversion, earnings per lead, cost per lead, lifetime value of a customer, cost to acquire a customer, etc. You either pay to get that data (to find out where your stuff is broken) quickly through ads, or you pay with your time and organic posting so your ads work out of the gate. 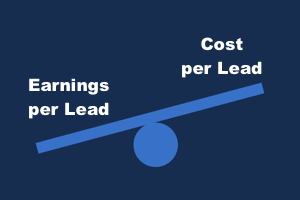 The second mistake is people focusing on the wrong number when they evaluate Facebook advertising. They focus on the cost per lead rather than earnings per lead.

For example, if an ad is delivering multiple $100 sales at a $4 cost per lead, people may want to shut off the highly profitable ad in favor of an ad that isn’t as profitable in order to reach a $2 cost per lead.

If your earnings per lead is $100 and your cost per lead is $4, that’s 25x your investment and it’s a great return on your ad spend.

Amanda Bond is the owner of The Ad Strategist and the creator of The StrADegy System.

The first mistake I see is people using Facebook ads to sell too quickly. They create an ad that pushes cold audiences directly to a sales page to sell something right off the bat.

It’s too fast and completely inappropriate, and it violates one of the golden rules of social media advertising: You must give before you ask.

You need an intermediary step for lead generation in which you provide something of value in advance. This is the start to a conversation you can use to build a relationship you can nurture. Then when people are ready to buy, they’re more likely to do so from you.

This leads to the second mistake, which is selecting the wrong objective in the campaign structure. Many people looking for leads will select lead ads, engagement, or clicks when they should be selecting conversions and optimizing for leads.

Ninety percent of the time, this selection will result in stronger performance.

Nicholas Kusmich, a leading Facebook advertising strategist and international speaker, is the founder of the H2H Media Group and the Marketers Council.

The biggest mistake I see advertisers make on Facebook is not managing campaigns after they’re active. Set up a campaign and let it run on its own, and it will decrease in effectiveness over time due to Facebook ad fatigue.

The key to developing sustainable results from Facebook advertising is to analyze your campaigns on an on-going basis. Look at your Return on Ad Spend and the cost, relevance, frequency, and CPM metrics and then make adjustments to ad creative and copy, as well as objective and target.

Charlie Lawrance is founder and CEO of Gecko Squared, a digital marketing agency that specializes in Facebook advertising.

Ninety-five percent of the time I audit a Facebook ad account, there are way too many ad sets. Facebook’s optimization algorithm needs at least 50 conversions per ad set per week to function. So if you have a dozen ad sets or campaigns each with just a few conversions, you’re squandering your audience and not allowing the system to optimize. 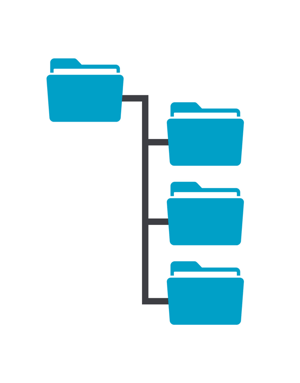 In accounts spending less than $10,000 a month, 3 campaigns with 3 ad sets are usually more than enough, because the custom audiences, lookalikes, and saved audiences are big enough for CPM to do its job. Accounts spending more than $100,000 a month have enough traffic to drive 50+ of each type of conversion objective across a few dozen ad sets. Yet, most of the accounts spending over a million dollars a year drive sales through just 2–3 winning ad sets—not hundreds.

Related to creating too many campaigns is not continuing to put more money into your “greatest hits” ads. Many Facebook advertisers have the publisher mindset, where they feel the need to create a steady stream of content—X posts per day and Y ads per day. But you’re not a newspaper that has to have fresh news to report each day.

Instead of spawning more campaigns, put more money into your proven winners. We have campaigns where winning ads have been running for years. Rather than putting $50 on each new campaign, go back to analyze and adjust winners before they die.

Remarketing is so effective, that even done poorly, it often yields fantastic results. But if you’re remarketing to 1-, 7-, and 28-day audiences with the same creative, you’re saying the same thing over and over. You might as well have this in one ad set, so the system can optimize to the lowest cost per conversion and benefit from 50+ conversions per week in each ad set; change up that creative and say something specifically relevant to the users in that bucket.

Dennis Yu is the chief technology officer of BlitzMetrics and an internationally recognized lecturer in Facebook marketing.

One of the biggest mistakes I see business owners make is running ads without understanding the implications of the settings they choose in the Facebook Ads Manager, or even when boosting posts. The wrong settings or selections can waste money on bad ad placement, bad optimization, or bad targeting.

Many business owners don’t understand that opting for Automatic Placements will place their ads not only on Facebook but also on Instagram and across the Audience Network (sites off of Facebook).

Targeting decisions, made at the Ad Set level, may be too wide or too narrow for the available budget.

Facebook ads work for a wide variety of businesses. Successful results are typically a matter of doing the right testing and proper ad setup.

If you aren’t familiar with Facebook ad set-up settings, investing in training for yourself or someone on your team will help stop you from wasting money or concluding that Facebook ads don’t work.

Andrea Vahl, the co-author of Facebook Marketing All-in-One For Dummies, is a social media coach, speaker, and strategist.

Selecting Automatic Placement for your Facebook ads is easy, can speed up the creation of your ads, and can stop you from selecting the wrong placements for your ads; for instance, choosing video placements when you have no video in your ad.

That said, the placement of your ad directly influences the cost and performance of your ad sets and campaigns.

In this way, Audience Network placements can chomp through your money without offering many rewards.

At the other extreme, Instagram placements tend to be pricier, but if your audience is on Instagram and you can connect with them via those ads, your spend on the platform can be worth it.

The key to making sure your placements aren’t wasting your spend is to think carefully about what you want from your ad and which placement will give you that result. Think about the strategy behind your ads before you accept the defaults.

Pro Tip: Facebook ad placements can be edited. If you deselect Audience Network because you want more of a controlled spend but find that your budget is underspending, you can always enable Automatic Placement again.